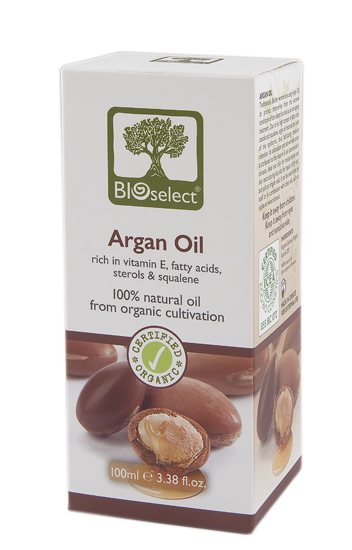 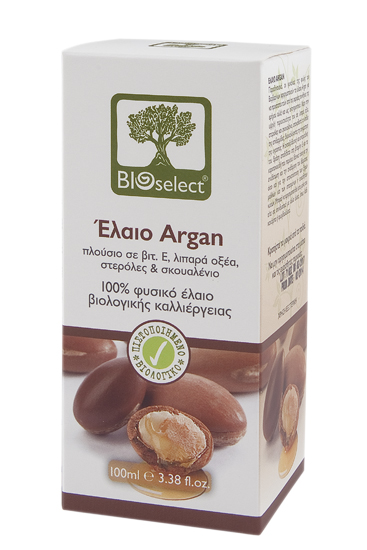 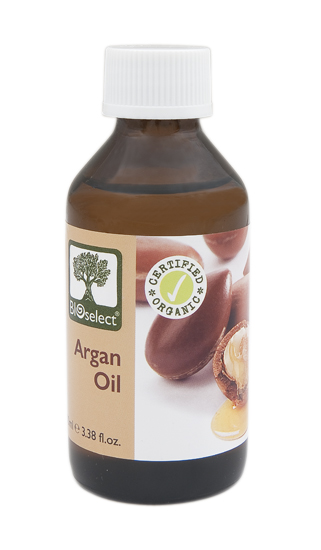 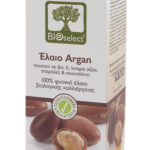 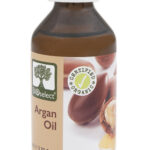 Argan oil for face, hair and body. It protects the skin from extreme weather conditions and has anti-aging properties. It has an anti-oxidant and anti-wrinkle action and helps the skin and hair restore hydration.

Traditionally, Berber women are using Argan oil to protect themselves from the extreme conditions of the desert but also as an anti-ageing treatment. Due to its high content in fatty acids, sterols and squalene, argan oil restores the lipids of the epidermis,thus facilitating moisture retention. Its antioxidant and anti-wrinkle action is attributed to the vitamin E and carotenoids it contains. Ideal not only for moisturization and skin restructuring but also for repair of dry hair and split or fragile nails. It can be used either by itself or in combination with other oils, such as jojoba or sweet almond.

There are no reviews yet.

Be the first to review “Argan Oil – Bioselect”

In order to make the visit to the website or the use of an application attractive and in order to be able to provide specific functions, we use what are known as cookies on various pages. You can view the Cookie Settings or Accept All to make this window disappear. Cookie SettingsReject AllAccept All
Manage consent

This website uses cookies to improve your experience while you navigate through the website. Out of these, the cookies that are categorized as necessary are stored on your browser as they are essential for the working of basic functionalities of the website. We also use third-party cookies that help us analyze and understand how you use this website. These cookies will be stored in your browser only with your consent. You also have the option to opt-out of these cookies. But opting out of some of these cookies may affect your browsing experience.
Necessary Always Enabled
Necessary cookies are absolutely essential for the website to function properly. These cookies ensure basic functionalities and security features of the website, anonymously.
Functional
Functional cookies help to perform certain functionalities like sharing the content of the website on social media platforms, collect feedbacks, and other third-party features.
Performance
Performance cookies are used to understand and analyze the key performance indexes of the website which helps in delivering a better user experience for the visitors.
Analytics
Analytical cookies are used to understand how visitors interact with the website. These cookies help provide information on metrics the number of visitors, bounce rate, traffic source, etc.
Advertisement
Advertisement cookies are used to provide visitors with relevant ads and marketing campaigns. These cookies track visitors across websites and collect information to provide customized ads.
Others
Other uncategorized cookies are those that are being analyzed and have not been classified into a category as yet.
SAVE & ACCEPT